Bring your lawn chairs and join us under the stars for another FREE Stand Up Comedy Showcase (intended for 18+) down at Dobbs Ferry Waterfront Park’s Concert Stage!  Please pre-register with dobref@wlsmail.org to sign up (max 4 people/sign up).

FURTHER INFO…
donations
While the event is FREE, we will gladly accept ca$h donations for the performers (who are doing this event free for the library) on behalf of the Friends of the Dobbs Ferry Public Library.
weather
The weather looks great for the evening (updated 9/16/21)!  It can sometimes get windy down by the waterfront though, so dress accordingly.
transportation
If you are driving in, our Village and Police Department were gracious enough to allow us free parking from 6pm-9:30pm at the Waterfront Park lot for the event, so just park where you can find a space, no special tag necessary.
For any arriving by rail, the park is located right next to the Dobbs Ferry Metro North Hudson Line train stop.
seating
The show will begin promptly at 7pm and run til roughly 9pm.  It is an open lawn seating area, so it is recommended you arrive by 6:30pm, as there are no assigned spaces.  We recommend bringing lawn chairs to sit in.  You are welcome to bring a picnic blanket, but keep in mind the ground could be cold or wet and your view may be obstructed by others who bring chairs.  We will not be providing seating.
Please check in with our staff when you arrive with the last name/first name of the party who signed up, so that we can keep track of who came.
masking/social distancing
For face mask/social distance recommendations, please refer to the current CDC guidelines. We will not be policing mask wearing or seating distance.
restrooms
The public restrooms at the park are open and a short walk north of the concert stage.
filming
This event will be filmed.  Being as such, there is a chance that you could wind up in the recording at any given point.  If this is an issue for you, we recommend that you not attend, as we will not be able edit around individual preferences.
these showcases are part of our Comedy on the Hudson Programming

As a stand-up, Matt has appeared on Adam Devine’s House Party on Comedy Central and The History Channel series I Love the 1880s. He has toured with John Oliver, Michael Ian Black, and Bo Burnham. When Matt is not doing stand-up, he is usually eating a gyro in the rain.

Tim made up his own college major, called it Performance Art, and actually convinced 5 department heads to sign off on it.  Since, his live performances have included solo shows in Philadelphia, the Hudson Valley, and sketch comedy shows all over NYC, opening up for the likes of Aziz Ansari and The Whitest Kids U’ Know.  His film work includes starring roles in music videos for Wolf Face and Thomas Patrick Maguire, the dramatic short The Matthew Principle, and a cameo as “Frizzle” in the award winning feature Jonny’s Sweet Revenge.

He has been co-hosting the album review show, Everybody in the Pool, since 2020 and doesn’t play when it comes to Halloween, with costume including David Pumpkins, Nick Nolte’s Mugshot, and Mrs. Doubtfire – HELLOOOOOOO!

Allen Enlow (https://www.allenenlow.com/)
Allen Enlow is an actor, comedian, impressionist, singer, father, and some day hopes to be a functioning adult.

As an actor he has done 1 on 1 scenes with James Gandolfini in THE SOPRANOS and Rami Malek in MR ROBOT. One of these three went on to win an Oscar.

As a Stand-Up Comic, Big Al has opened for Soupy Sales & Joel Grey. He’s appeared on The Joan Lunden Show and headlined in Atlantic City. He also followed Andy Kaufman & Sam Kinison at three in the morning in New York City showcase clubs and lived to tell about it.

Allen has appeared on Broadway but didn’t know it; and Bette Midler “loved” him as a singing sportscaster in a musical that played slightly around the corner from Broadway.

Ruthy Ferrera (http://www.ruthyferrera.com)
Ruthy Ferrera was born and raised in The Bronx in her mother’s friend’s Living Room, giving her automatic bragging rights to say she was born to entertain.  Ruthy is of Dominican descent and has the perfect command of the “Spanglish” language.

Also, did you know when there was no such thing as direct deposit, Ruthy used to stuff Howard Stern’s paycheck in envelopes when she was employed at then, 92.3 K-ROCK radio station in Manhattan, back in the early 90’s?  Ruthy Ferrera can be seen performing at the comedy clubs in NYC.  Don’t be afraid to follow her on social media: @Ruthy_Ferrera

Ann Van Epps (https://linktr.ee/annvanepps)
Ann Van Epps is a Midwestern comedian based in Brooklyn, NY. She recently performed in L.A. at the Burbank Comedy Festival where she was also awarded as a “Best of the Fest Comedian”. She has a weekly show at The Tiny Cupboard Pink Church, Bushwick’s only comedy club, Friday’s at 7:30. She tells stories a lot about her life in her comedy. She’s also a ginger.

Young Lee
Young Lee is an amateur stand-up comedian from Connecticut.  A finalist at the 2012 Darien’s Got Talent competition, he lost out to two 12-year old musicians and an adult professional singer/guitarist.  He also performed at the Dobbs Ferry Comedy Showcase last October.  Young gets much of his inspiration from trying to think up witty responses to his Facebook friends’ comments and posts.  Young has been a staple at our monthly Comedy Open Mics since the beginning! 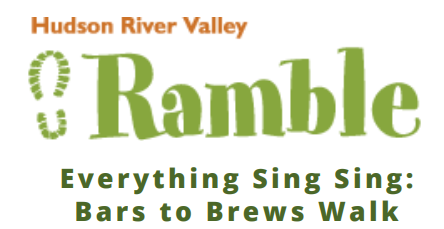 Join a socially distant outdoor walk through the historic town of Ossining. Lesley Yu Walter will guide a tour along the Old Croton Aqueduct near Sing Sing Prison, and the Sing Sing Gorge and Museum.

This is a hilly walk, 3 miles with a set of steep stairs, 2 1/2 to 3 hours. Wear hiking boots or good walking shoes, hat and bring water. This outing is for people who walk fairly regularly. Park nearby, meet at the corner of Academy Place and Spring Street.

Free and open to the public.  Appropriate for teens and adults. 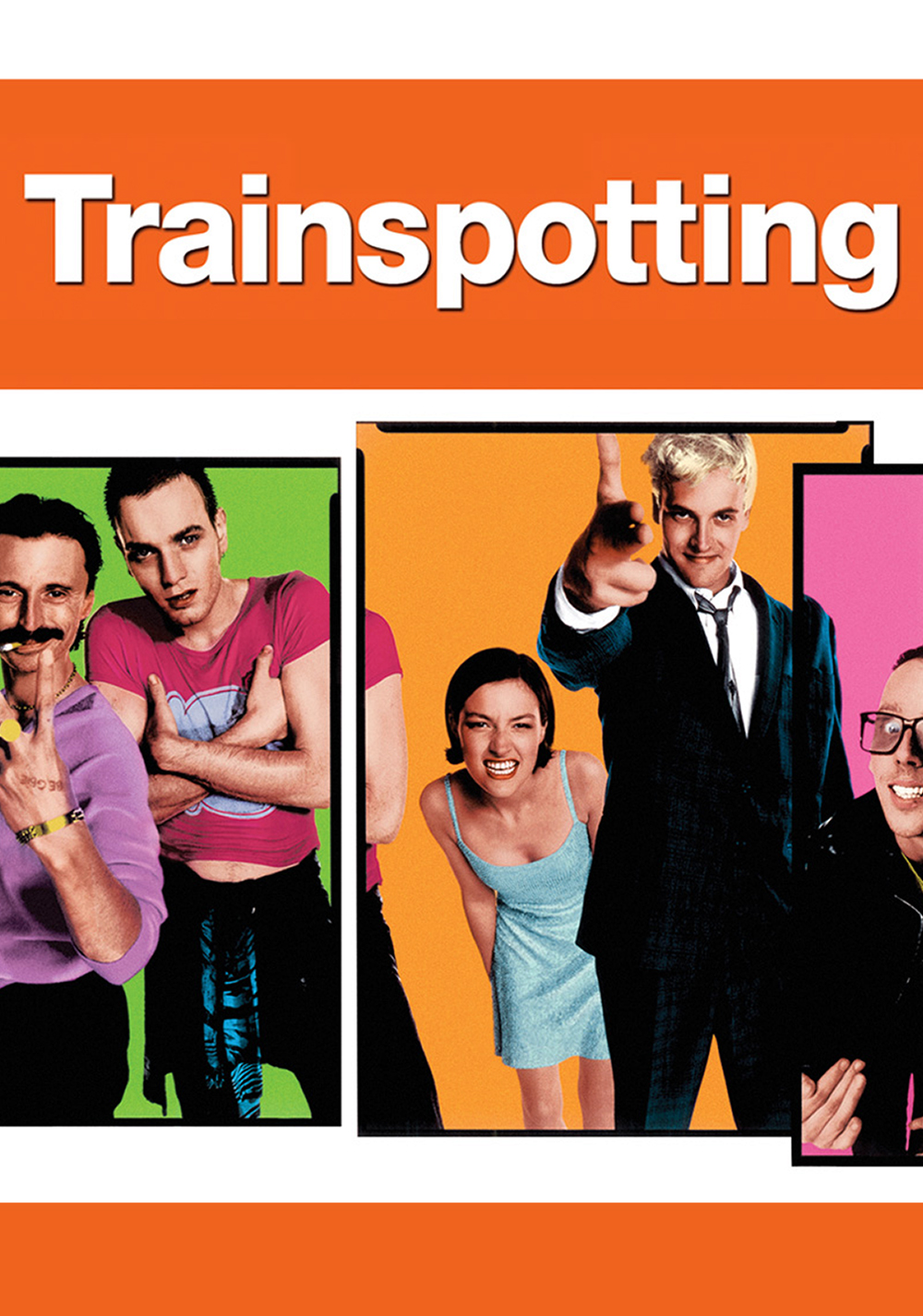 Join us in our screening room for our monthly Cult Classic Movie Night + our always lively discussion after – where you never know who might show up!

This month’s Cult Classic is:

Renton (Ewan McGregor), deeply immersed in the Edinburgh drug scene, tries to clean up and get out, despite the allure of the drugs and influence of friends.

To see a previous film discussion, check out our interview with Makeup/Special Effects Artist Dan Frye (Game of Thrones, Harry Potter, Dr. Who) 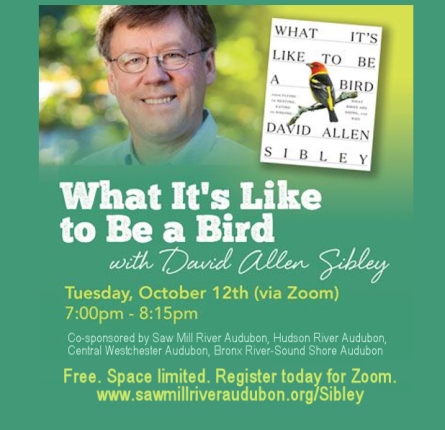 DAVID ALLEN SIBLEY is the author and illustrator of the series of successful guides to nature that bear his name, including The Sibley Guide to Birds. He has contributed to Smithsonian, Science, The Wilson Journal of Ornithology, Birding, BirdWatching, and North American Birds, and to The New York Times. He is the recipient of the Roger Tory Peterson Award for Lifetime Achievement from the American Birding Association and the Linnaean Society of New York’s Eisenmann Medal. He lives and birds in Massachusetts. https://www.penguinrandomhouse.com/books/215722/what-its-like-to-be-a-bird-by-david-allen-sibley/ 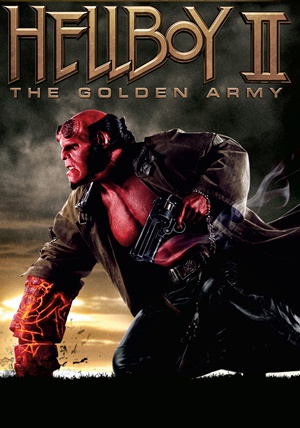 Weekend Action Cinema In Person in the Library – “Hellboy II: The Golden Army”

Join us for an adventure themed movie series where each month we will feature a different action packed film.

“There are things that go ‘bump’ in the night, and the Bureau of Paranormal Research and Defense are the ones who bump back – secretly protecting the world from supernatural threats.  Born a demon but raised as a human, Hellboy and his fellow agents Liz Sherman, Abe Sapien and Johann Krauss fight to prevent the vengeful Elf Prince Nuada from resurrecting the Golden Army and destroying humankind.”

This program will be socially distanced – please wear a mask. 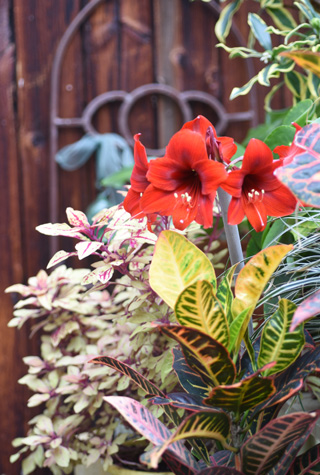 Houseplants by Design: A Virtual Lecture By Tovah Martin

You want houseplants, you need houseplants – but do you really utilize houseplants to their fullest potential? In this virtual lecture filled with photos and inspiration from my own massive collection of houseplants, we explore some of the easiest, most rewarding houseplants appropriate for all types of home situations and varying window exposures. We talk about what to grow where and how to host houseplants. But we also add another layer. Beyond your usual practical presentation, here’s ideas for profiling your plants beautifully and artistically. Your houseplant could be so much more than just the green blob in the corner. We talk about design principles and how they relate to houseplants. We discuss ways to pair houseplants and profile them meaningfully to work with your décor. We present containers that really make your houseplants shine with personality. And of course, we tell you exactly how to host and care for houseplants so they work for you. Your habitat needs houseplants—why not do it with panache?

About the speaker: An avid (verging on obsessed) gardener indoors and outside, Tovah Martin is the author of many gardening books. Her newly published title, The Garden in Every Sense and Season received GardenComm’s Gold Medal Media Award in 2019. That book follows The Indestructible Houseplant, The Unexpected Houseplant, and The New Terrarium as well as Tasha Tudor’s Garden. A freelance writer, her articles have appeared in publications throughout the country including Country Home, Traditional Home, Martha Stewart Living, New England Home, Flower, Cottage Journal, Milieu, Yankee, Connecticut Cottages & Gardens as well as Gardens Illustrated and The Daily Telegraph in Europe and Morning Calm—the Korean Airlines inflight magazine. She is an accredited Organic Land Care Professional through NOFA, an honorary member of the Garden Club of America and the recipient of their medal for outstanding literary achievement. In 2013, she received the Gustav Mehlquist Award—the highest honor bestowed by the Connecticut Horticultural Society. She has appeared on the Martha Stewart Show, PBS television series and the CBS Sunday Early Show as well as many other television and radio broadcasts. She speaks throughout the country and has lectured aboard the QE2. With lifelong experience with indoor gardening, she also serves as a houseplant coach. For more information, Tovah can be found at www.tovahmartin.com and she posts on Facebook at Plantswise by Tovah Martin and on Instagram @tovah1.

Co-hosted by the Scarsdale Public Library and the Dobbs Ferry Public Library. Register for the ZOOM link by emailing dobref@wlsmail.org or calling the library at 693-6614. 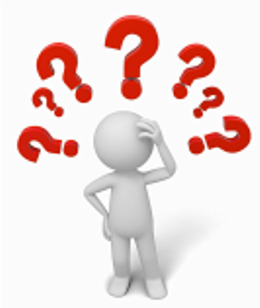 This presentation of the Westchester Library System’s senior services is perfect for anyone trying to navigate their way through our complicated healthcare system for older adults. It will help those who already have Medicare, as well as people soon to be 65, planning their retirement, or assisting relatives and friends with their medical decisions.

The engaging, interactive program outlines the various parts of Medicare and lays out the costs associated with the medical and drug insurance provided by the government and private companies. Topics include:

Co-sponsored by the Library and the Dobbs Ferry Senior Citizen Program.

Senior Benefits Individual Counseling (SBIC) is provided by WLS volunteers trained in Medicare and related healthcare issues. Get free, individual walk-in help at two libraries each week, or contact the SBIC helpline at sbic@wlsmail.org or (914) 231-3260. For information and other dates of this presentation, please visit https://seniors.westchesterlibraries.org/senior-benefits/.