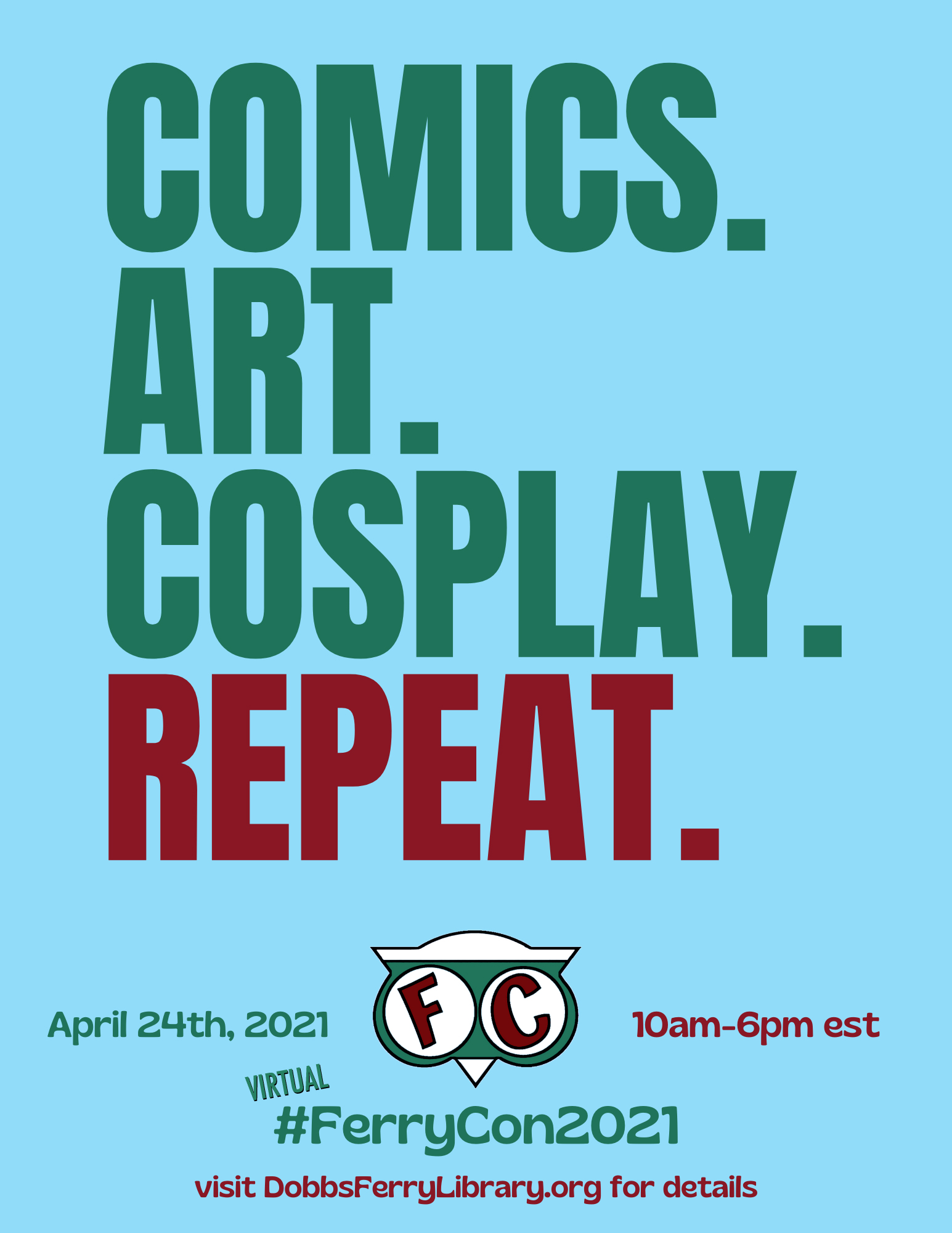 When you arrive you will be in the Waiting Room.  Once you have been let in, you will be able to choose between the “Artist Alley” or “Programs” breakout rooms on Zoom. 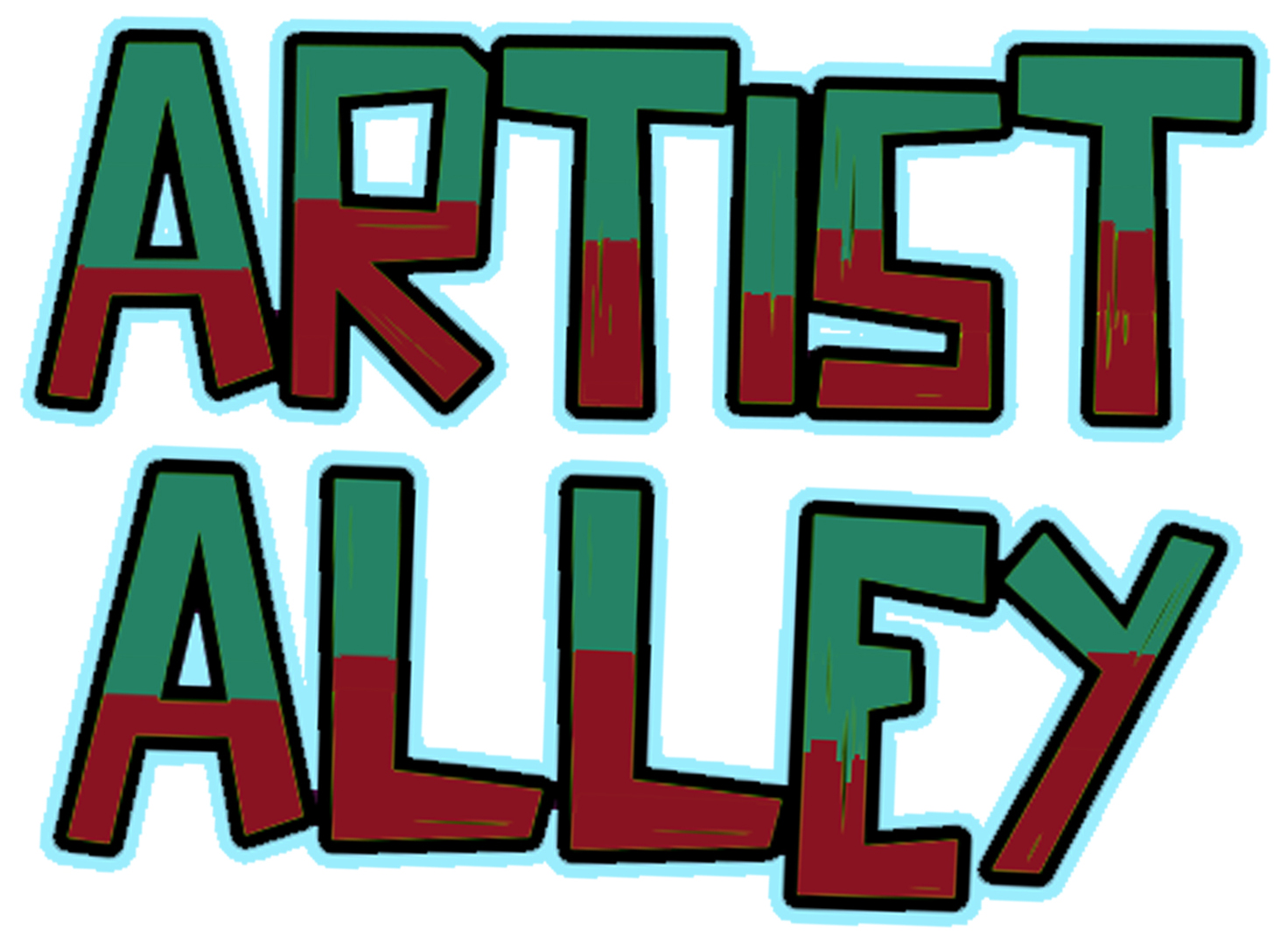 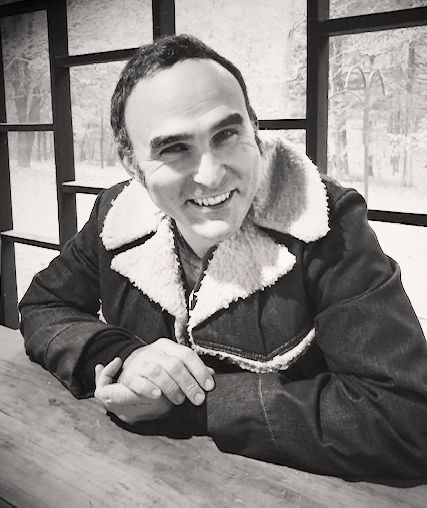 William Boyle is from Brooklyn, New York. His books include: Gravesend, which was nominated for the Grand Prix de Littérature Policière in France and shortlisted for the John Creasey (New Blood) Dagger in the UK; The Lonely Witness, which was nominated for the Hammett Prize and the Grand Prix de Littérature Policière; A Friend Is a Gift You Give Yourself, an Amazon Best Book in 2019 and winner of the Prix Transfuge du meilleur polar étranger in France; and, most recently, City of Margins, a Washington Post Best Thriller and Mystery Book of 2020. He lives in Oxford, Mississippi.

Blue Delliquanti is a Minneapolis-based cartoonist and the creator of the online comic O Human Star and the graphic novel Meal. Their YA science fiction graphic novel Across A Field of Starlight is coming out from Random House Graphic in 2022.

Jerry Craft is the New York Times bestselling and Newbery Medal winning author of the graphic novel, New Kid. His second graphic novel, Class Act, was published on October 6, 2020. Craft is also the creator of Mama’s Boyz, an award-winning comic strip which won the African American Literary Award five times. He is a cofounder of the Schomburg Center’s Annual Black Comic Book Festival. He received his BFA from the School of Visual Arts. 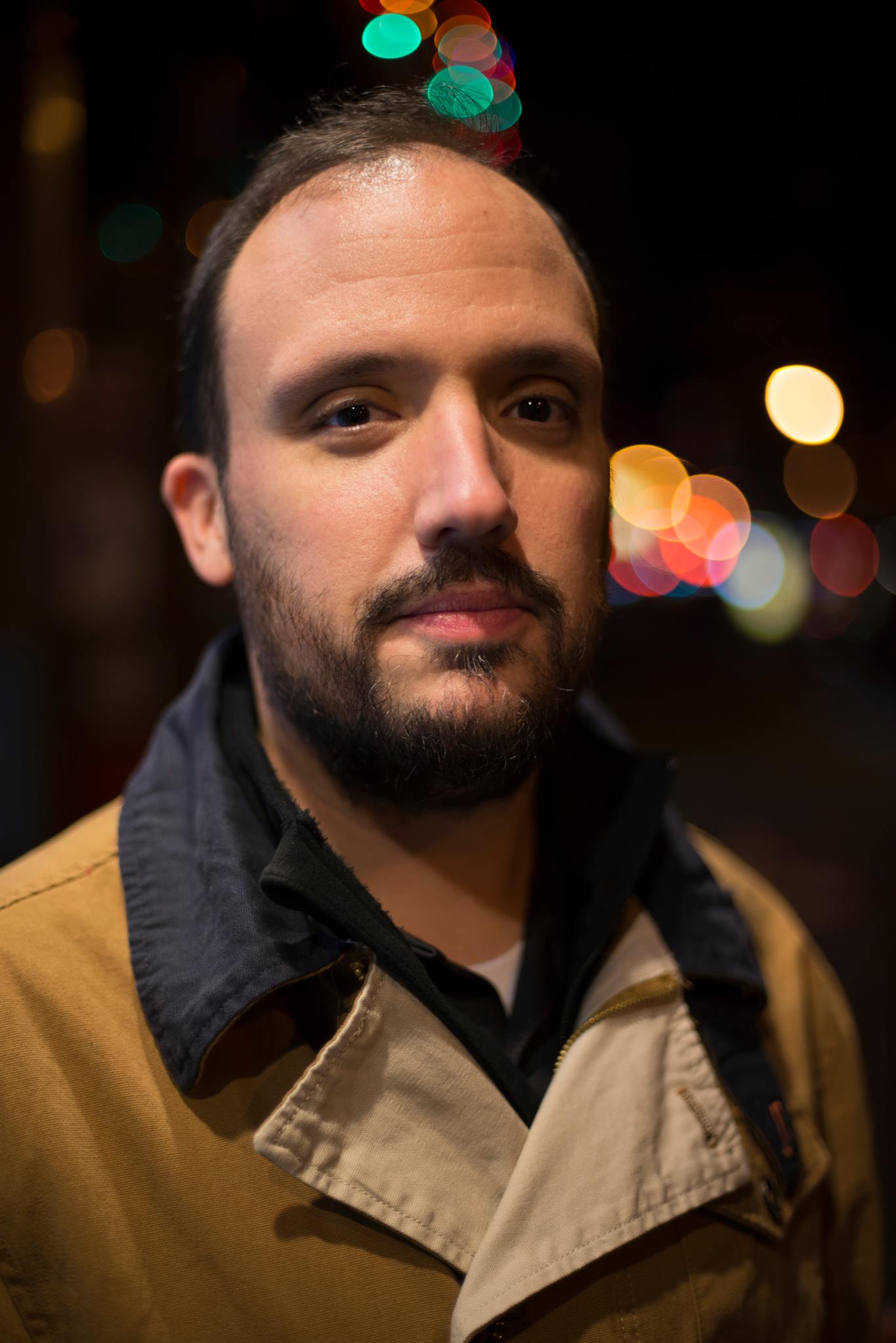 Alex Segura is the author of Star Wars Poe Dameron: Free Fall, the Pete Fernandez Mystery series (including the Anthony Award-nominated crime novels Dangerous Ends, Blackout. and Miami Midnight), and the upcoming Secret Identity. He has also written the superhero noir The Black Ghost, the YA music series The Archies, and the “Archie Meets” collection of crossovers. He is also the co-creator/co-writer of the Lethal Lit crime/YA podcast. 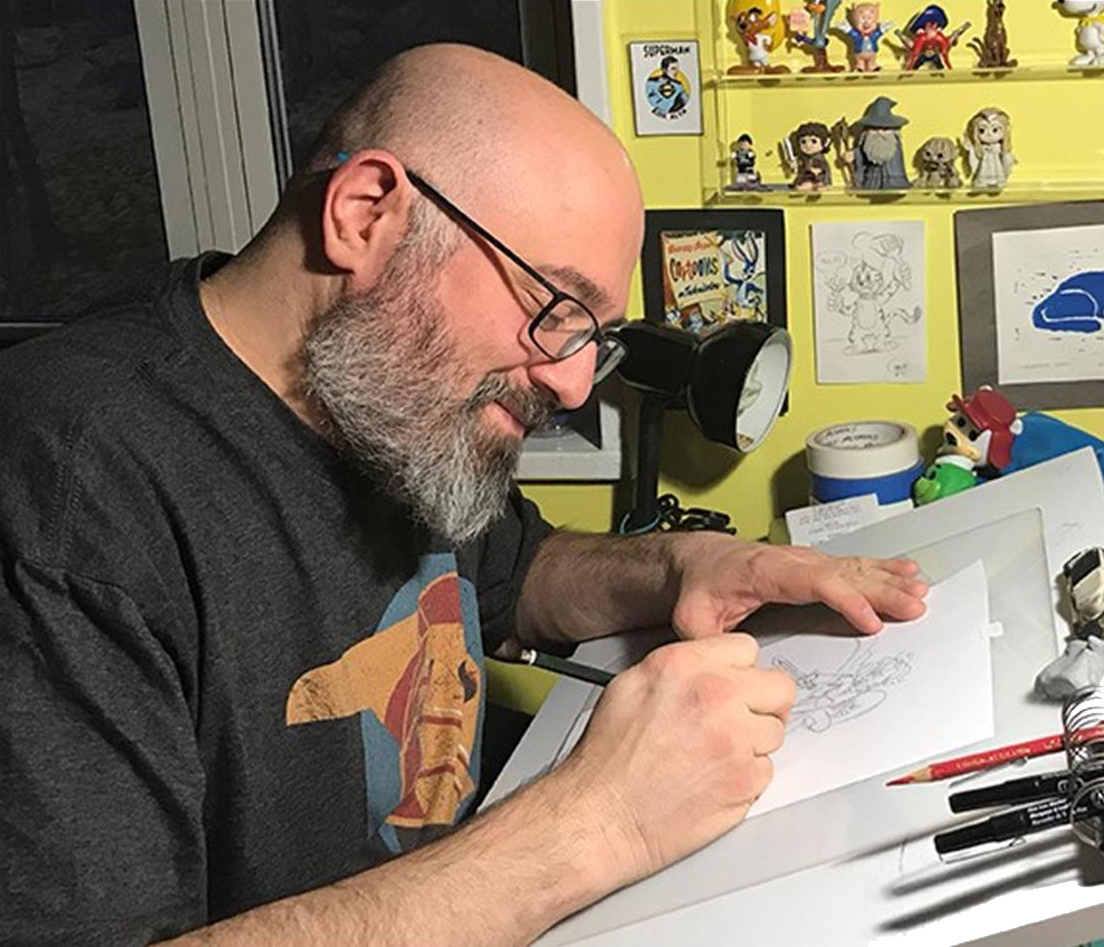 Michael Grassia is best known for his comic Plunger Pup about a dog that fights crime with a magic plunger and his online newspaper style strip, The Wiz. ​

Michael also developed GET IN TOON!, an educational cartooning program that he brings to schools, libraries, camps, and more, inspiring children to create their own cartoon characters and worlds. ​ GET IN TOON! LIVE which can be viewed live on his social media every Tuesday night at 8:30pm Eastern., where he interviews artists, writers, and other creative folks from the cartoon world.

When he is not working, Michael loves to spend time with his wife and cat in their Westchester home.

Join Dave from Toy Store Guide and panel host Anthony, as they discuss toy stores, the website, and their love for collecting 90’s Action Figures. There will also be a special appearance by @huntingnostalgia’s Nick Bartley! 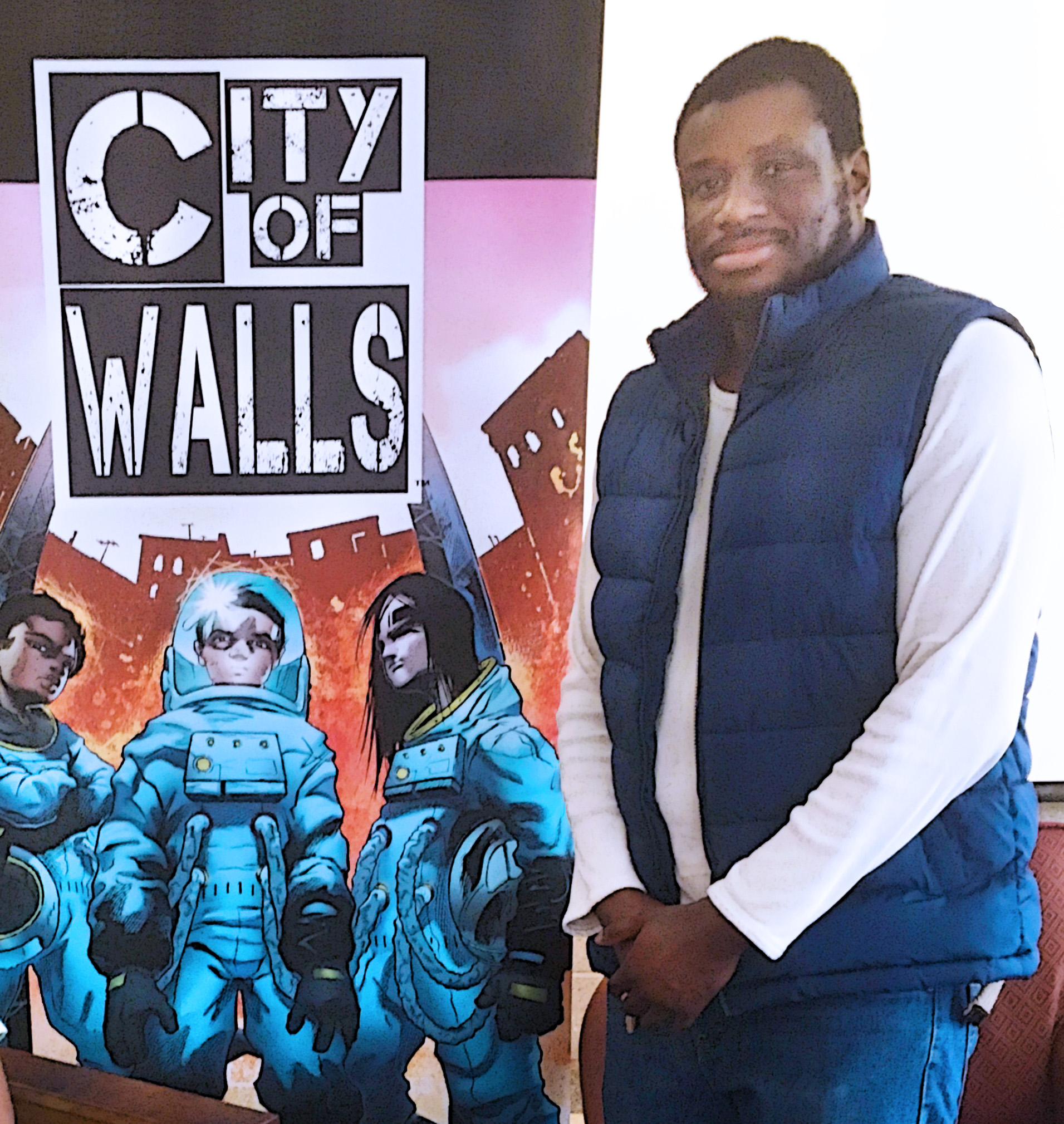 A.K. Lovelace has been working in sequential and visual arts professionally for over 15 years. He’s worked as an illustrator, designer, penciler, inker, storyboard artist, as well as animator for film, television, advertising, and publishing. He apprenticed under master comic book artist Mark Morales. A.K. teaches Comic Art at Harlem School of the Arts and together, with @shaunnlogan, created the one and only @cityofwallscomic

Colleen Deery is a New York City based painter working primarily in oils, with a concentration on landscapes, including the Hudson River (the inspiration for FerryCon’s “River of Infinite Imagination”).

Colleen’s work has been included in group exhibitions at the Cork Gallery at Avery Fischer Hall, Cape Cod Museum of Art, Queens College Art Center, and, most recently, LABSpace, Hillsdale, NY.  Her most recent solo exhibition was Homecoming: Irish Landscapes at the DFPL Gallery.  She exhibited as part of the Hullaballoo Collective from 2012 – 2014, and as part of The Women Artist Team in 2017, including internationally at Na Gallery, Chungcheongnam-do, South Korea.  One of her landscape paintings is on permanent display at Foras Cultúir Uladh in County Donegal, Ireland.

In 2013, Colleen was awarded a commission to design a mural for the Woodside branch of the Queens Public Library. 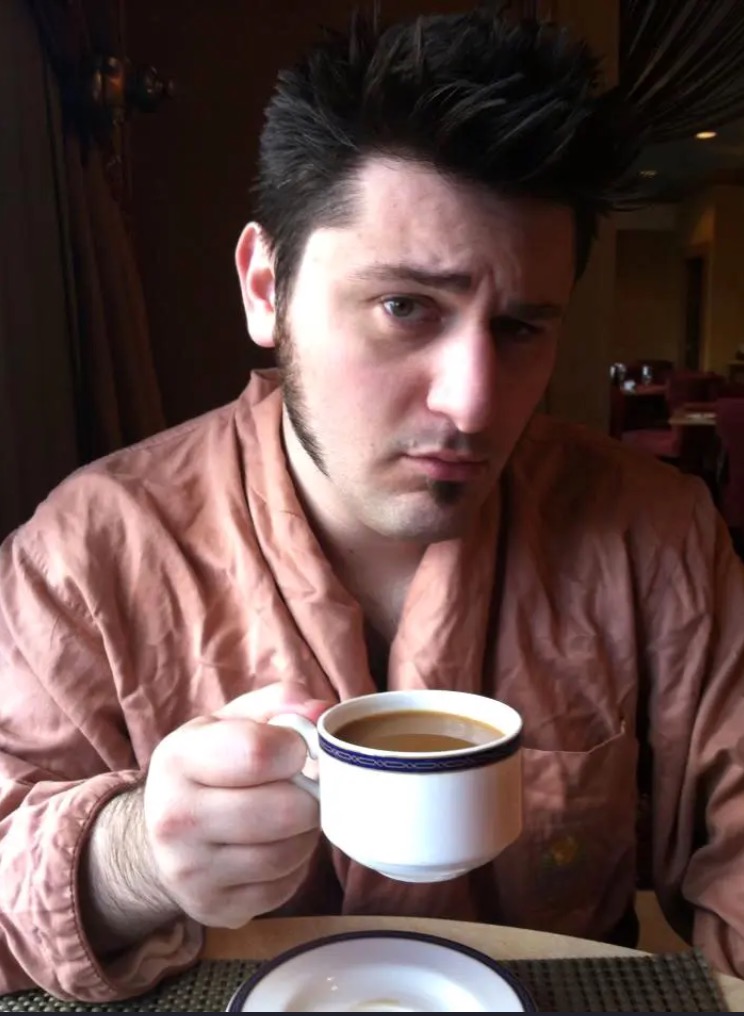 He has contributed his dark, noir style to such properties as Star Wars, Lord of the Rings, X-Men, Fantastic Four, Indiana Jones, Red Sonja, Vampirella and The Avengers.

Additionally, Dave illustrated and designed original characters for the graphic novel Satan’s Prep, published by Skyhorse Press, and is currently writing and illustrating his own creator owned comic series.

Between projects, Dave finds time to teach art as well as sing and play bass in a punk rock band, Dead On A Friday.

All Day – Raffle (All Ages) 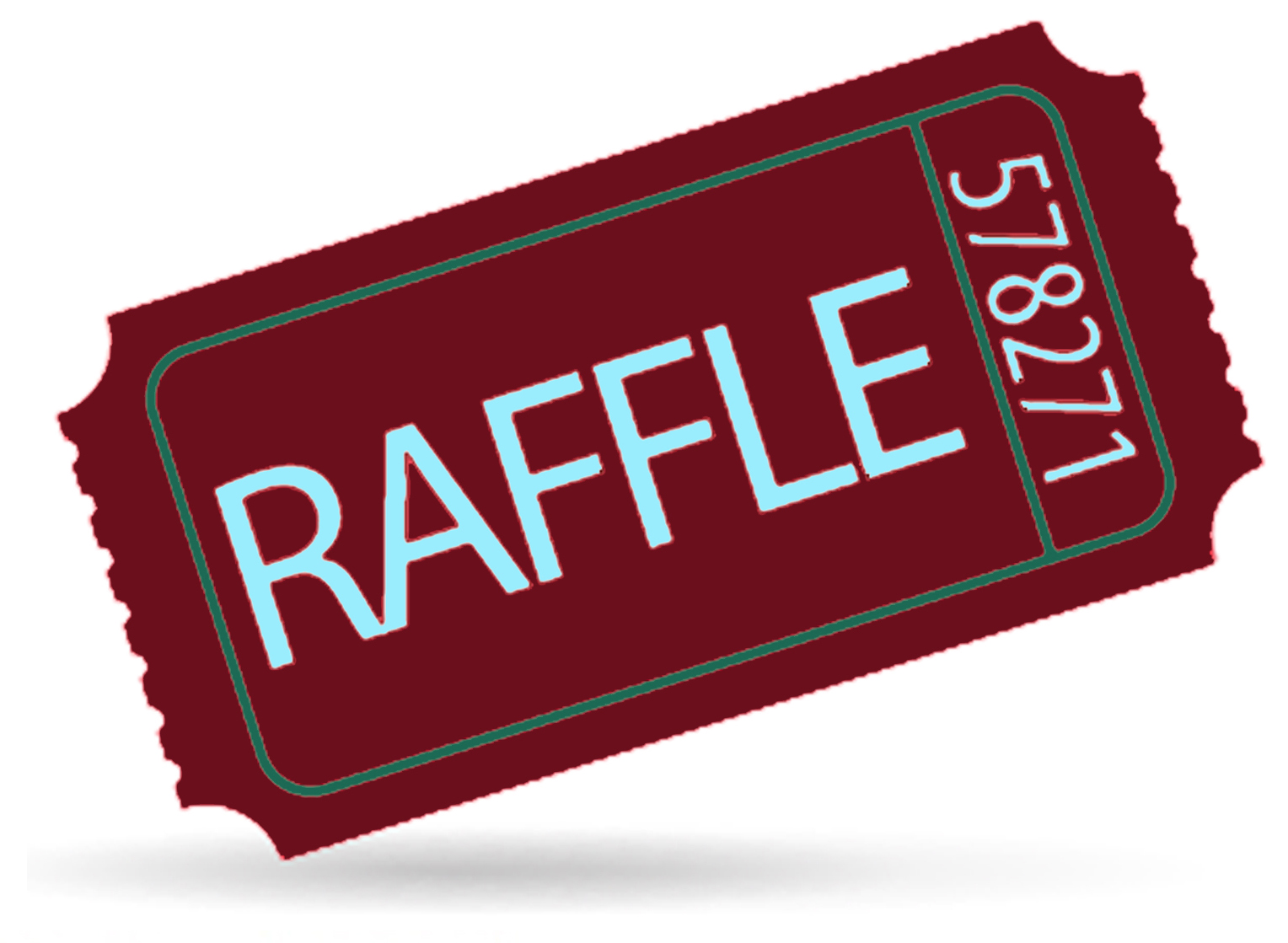 Support the Friends of the Library by purchasing raffle tickets from them and win a whole host of raffle items! Visit the library any time during open hours to purchase tickets — $3 for 1 ticket or $5 for 2 tickets. All sales are final. Raffle winners will be announced at the end of each program. Winners can pick up items during open hours via appointment (914-693-6614.)  please note: unfortunately raffle tickets cannot be sold online as per NY State Gaming Commission regulations 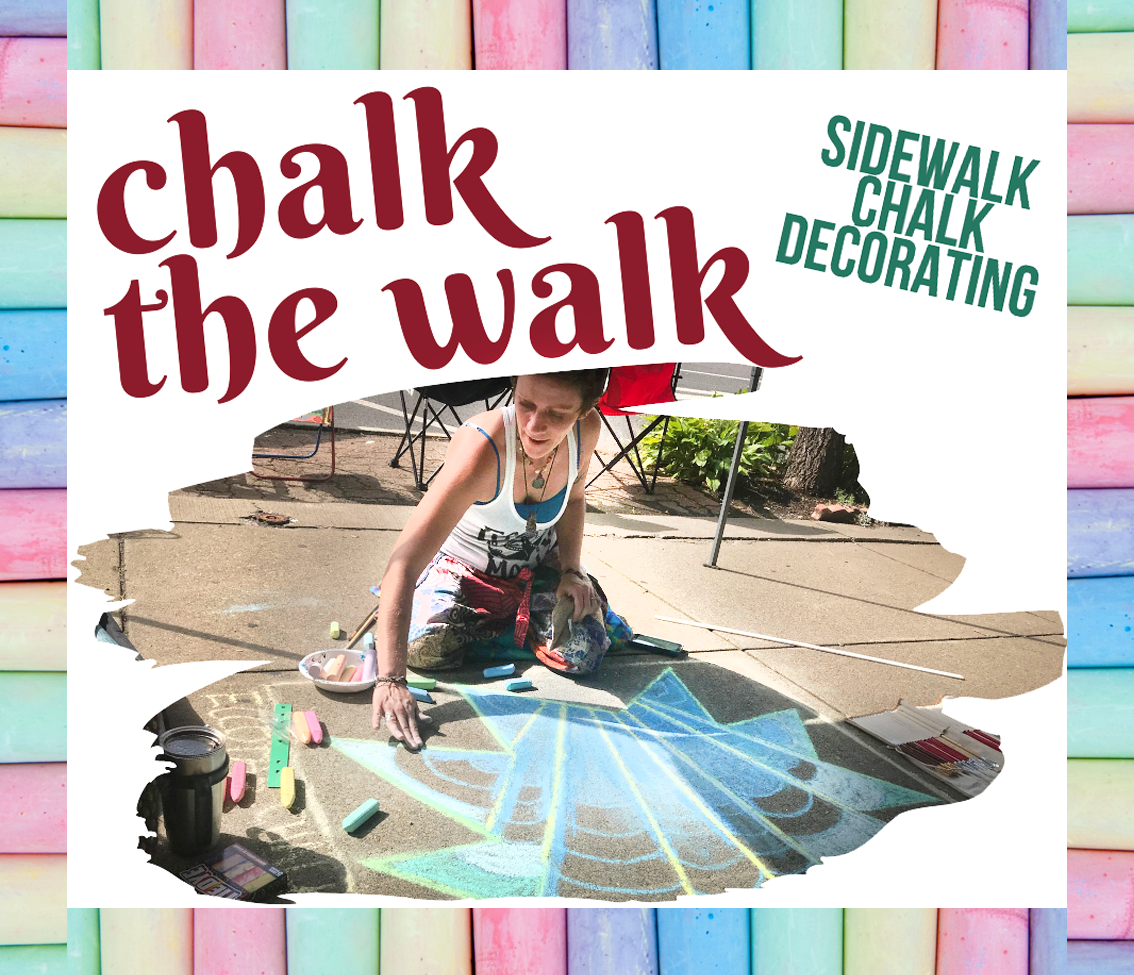 Come visit the library to add a super hero doodle, comic strip, or your next great masterpiece in chalk (provided) to our outdoor Plaza grounds anytime during open hours between April 12th- April 24th.  Family-friendly drawings will stay up as long as possible, given good weather.

*Max attendance for this program is 15, so please email DobChildRef@wlsmail.org to register.  Comic Strip Packets are available for pickup at the library (please call first (914) 693-6614). 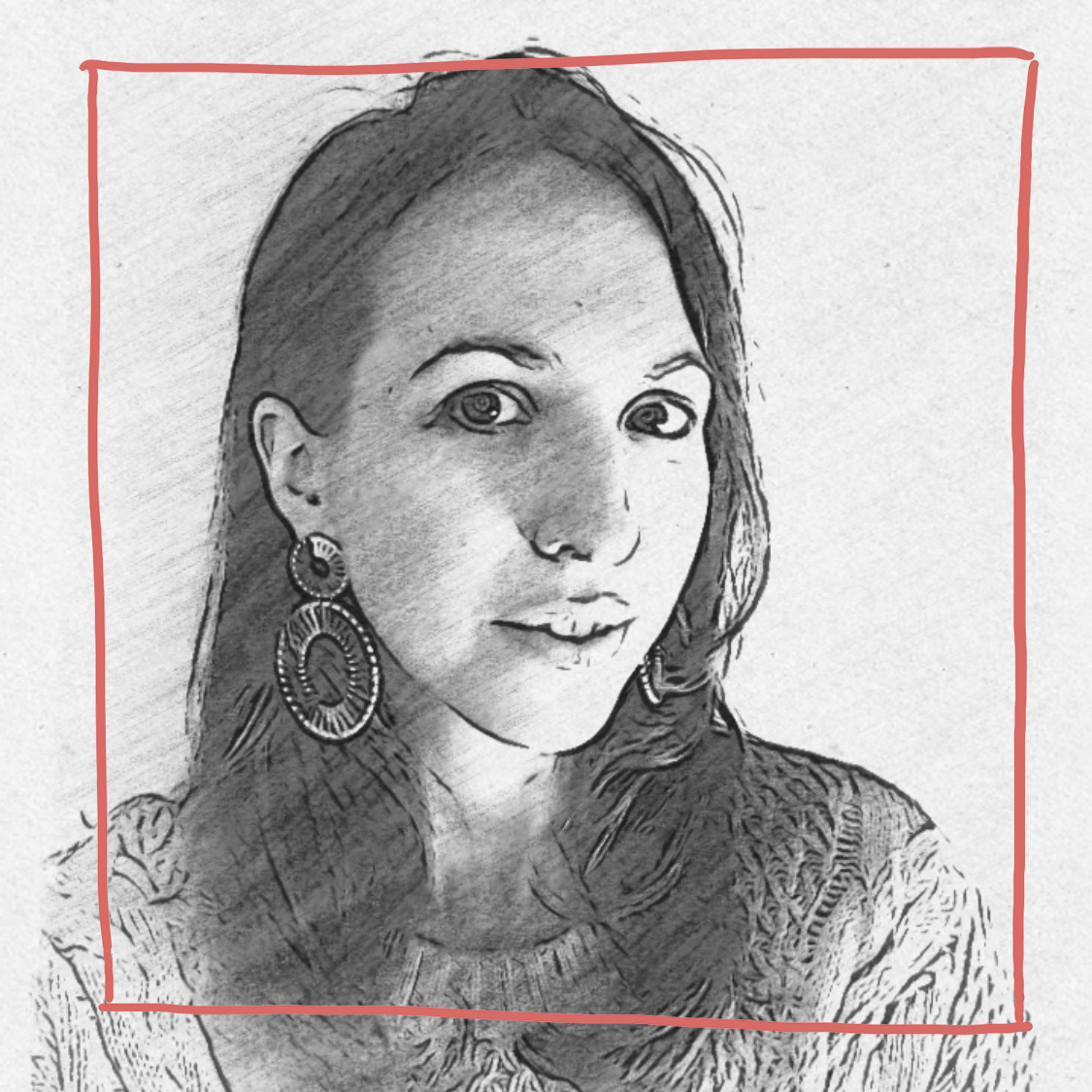 School-age students will write, design, and illustrate their very own 3-frame comic strip or one full-page comic with instructor Rebecca Pitts. Rebecca is a writer for young people. Her work has appeared in the New York Times for Kids, Teen Vogue, & Highlights Magazine.

She is currently working on a book: Jane Jacobs, a biography for young people from Seven Stories Press. Rebecca is really into indie comics and loves to make and read comics with her children. 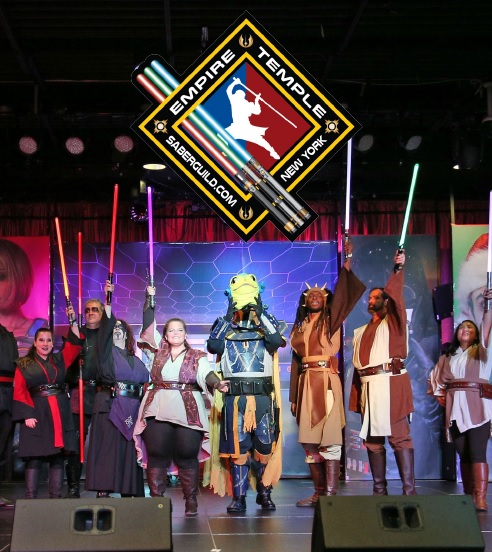 ESG also host an event called Padawan Training, where they teach kids 6-12 how to wield a lightsaber. Outside of performing, ESG also hosts weekly classes, which are open to the public, to practice lightsaber techniques.

12pm-1pm – “The Art of the Toy Hunt” with Sentri The Mad Collector, O.G. Geek, and What’s Poppin from Marvelous Collectibles & Entertainment (Teens-Adults)

Awesome unboxings, insightful reviews, epic collections… join host Tim Deery and three heavyweights in the game to break down all the in’s and out’s, up’s and down’s , hits and  misses, and best scores of TOY HUNTING!

Jim Henson, an artistic visionary and technological innovator best known for creating the Muppets, left an indelible record of his work in the hearts of his audiences as well as in the archival collections of his company and family. In a conversation moderated by DFPL Children’s Librarian Gina Elbert, Karen Falk, Archives Director of The Jim Henson Company, and Craig Shemin, President of The Jim Henson Legacy, will discuss books projects based on materials in the Henson archives. Special focus will be on Shemin’s research for his upcoming book about Jim Henson’s first television show, Sam and Friends, and the exciting material he has uncovered. 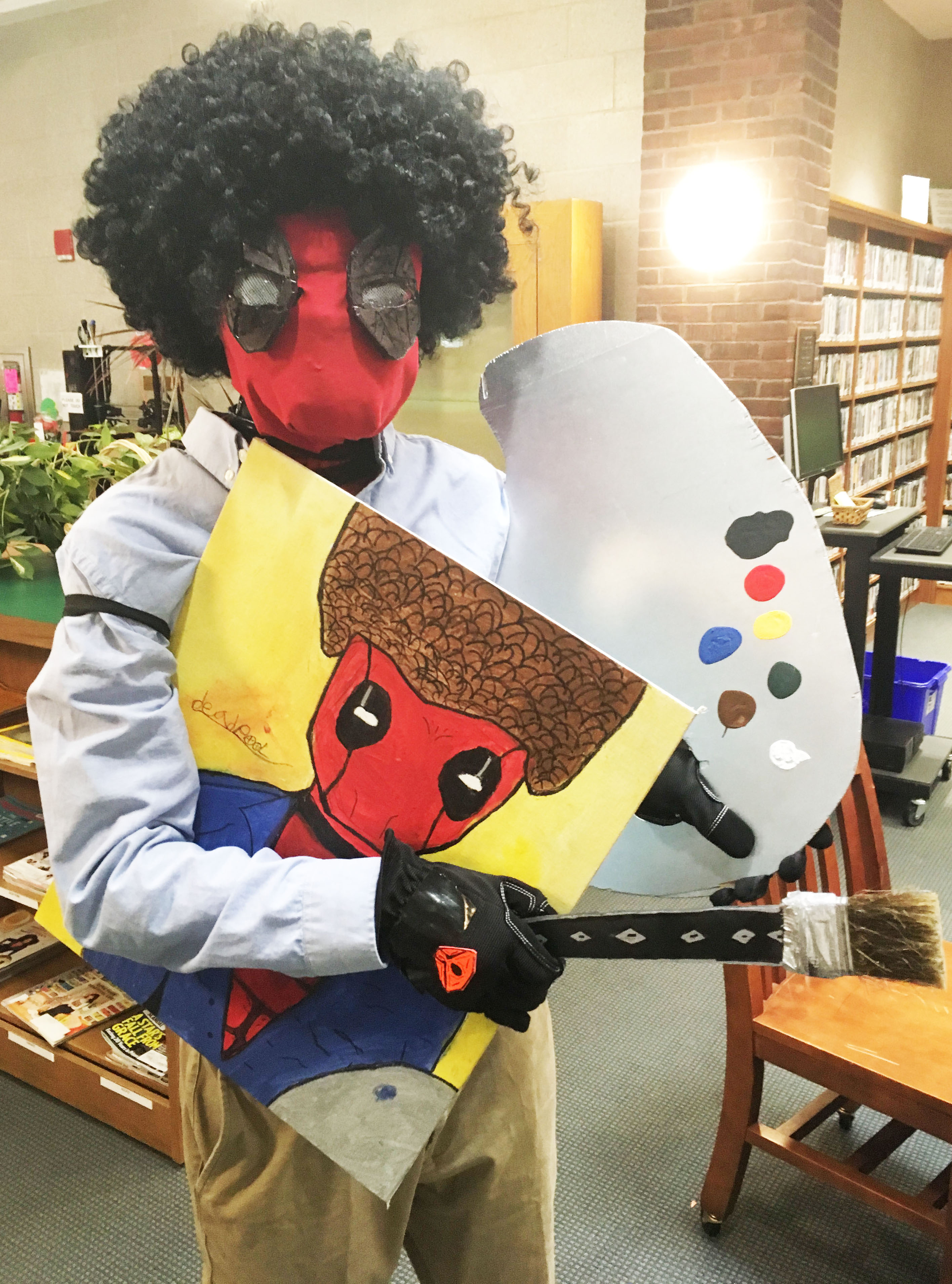 Come through to watch an episode of the delightful “Joy & Rage of Painting” starring Deadpool Bob Ross.  He doesn’t always paint trees, but when he does, they’re HAPPY!!! 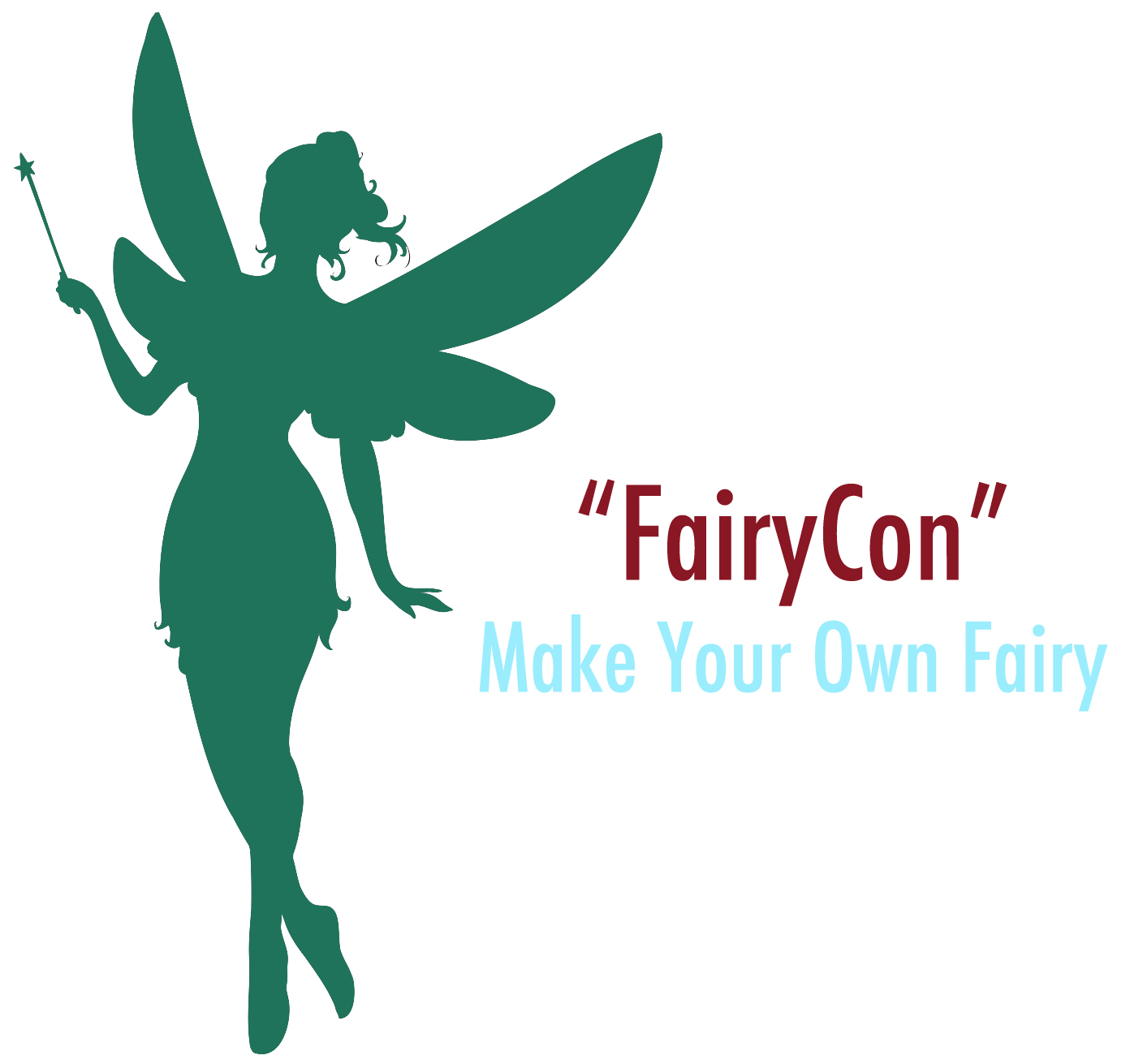 Make your own Rainbow Magic-inspired fairy by playing a fun Mad Libs game with Ms. Gina!  Everything you need for the game, you can print out at home or at the library. 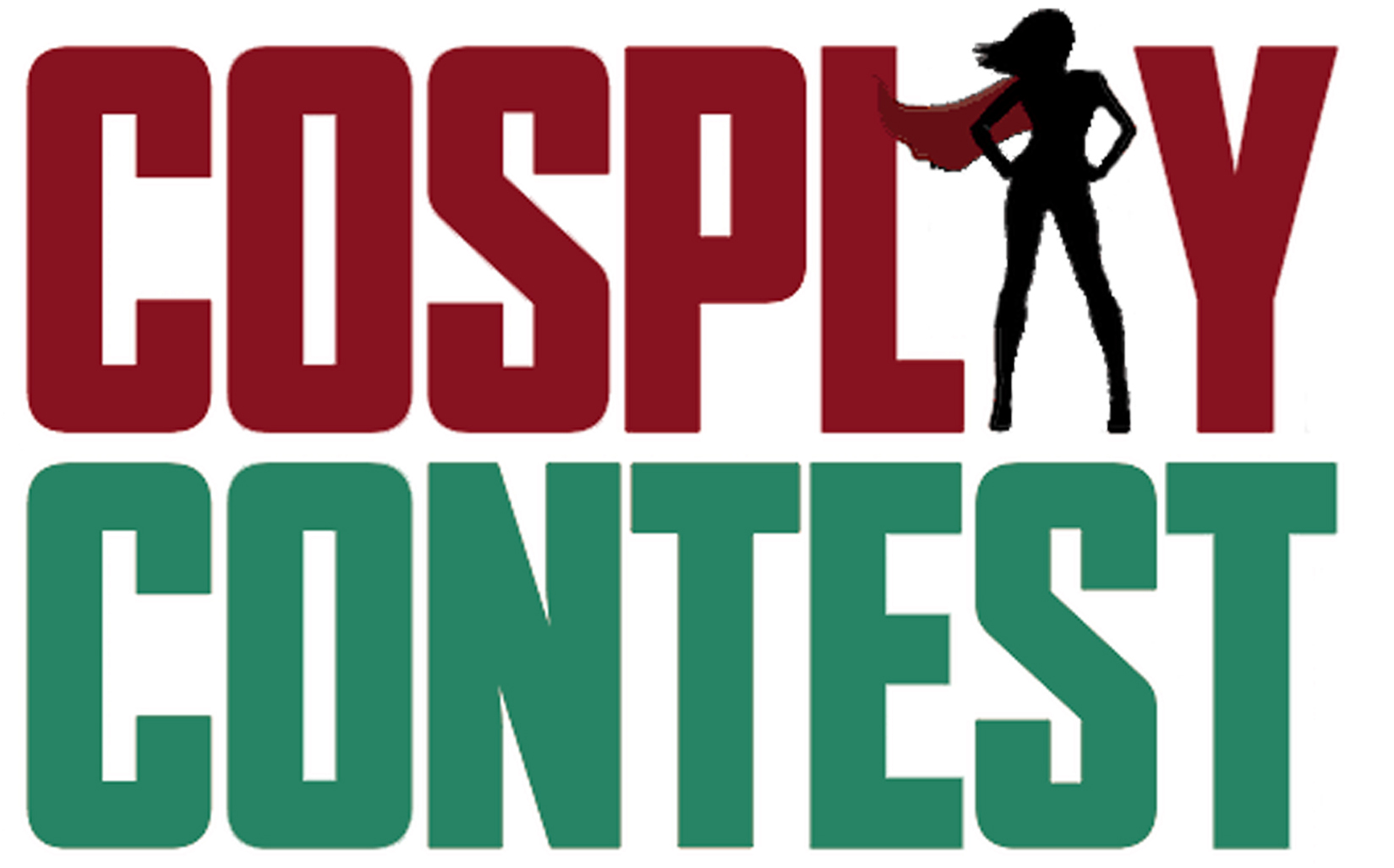 YOU CAN PRE-SIGN UP ANYTIME until 3pm on April 24th …or just show up to our virtual contest in costume from 3pm-4pm EST that day for a chance to compete and win one of this year’s coveted Owlie Awards from one of our special guest judges, including: 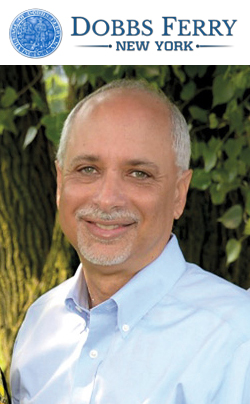 Winners will be able to pick up their Owlie anytime during open library hours via appointment 914-693-6614.

Couple Brian and Selah Douglas both grew up loving comics.  After marrying and having kids, the couple (Bryan with a background in storytelling and black-and-white illustration and Selah with a background in Drama and Fine Arts) realized that the style of all-ages comics they grew up loving, was starting to disappear.  Together, they decided to put their skill sets together and create the comic/graphic novel publishing company Pathway Comics.

Their all-ages flagship series The Dimensionals is about a team of super powered young girls, determined to stick together and figure out which adults will help them and which ones mean them harm. 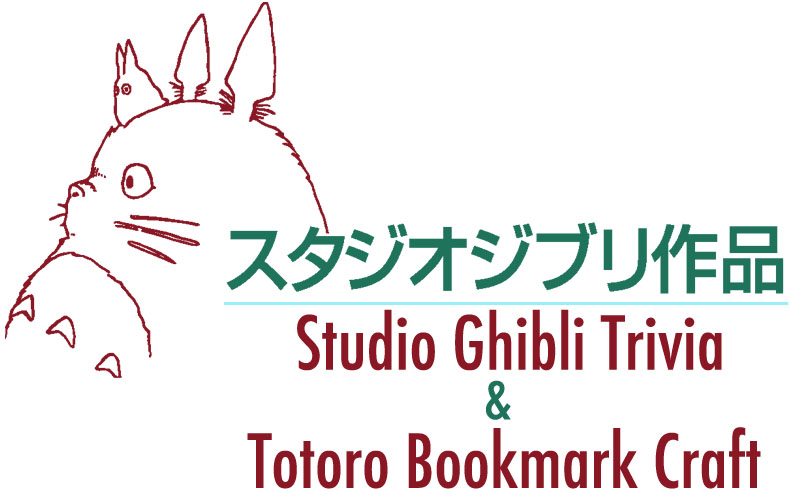 Join Ms. Gina for a fun quiz game based around the Studio Ghibli movies and a quick origami-inspired bookmark craft that you can make using things around your house! 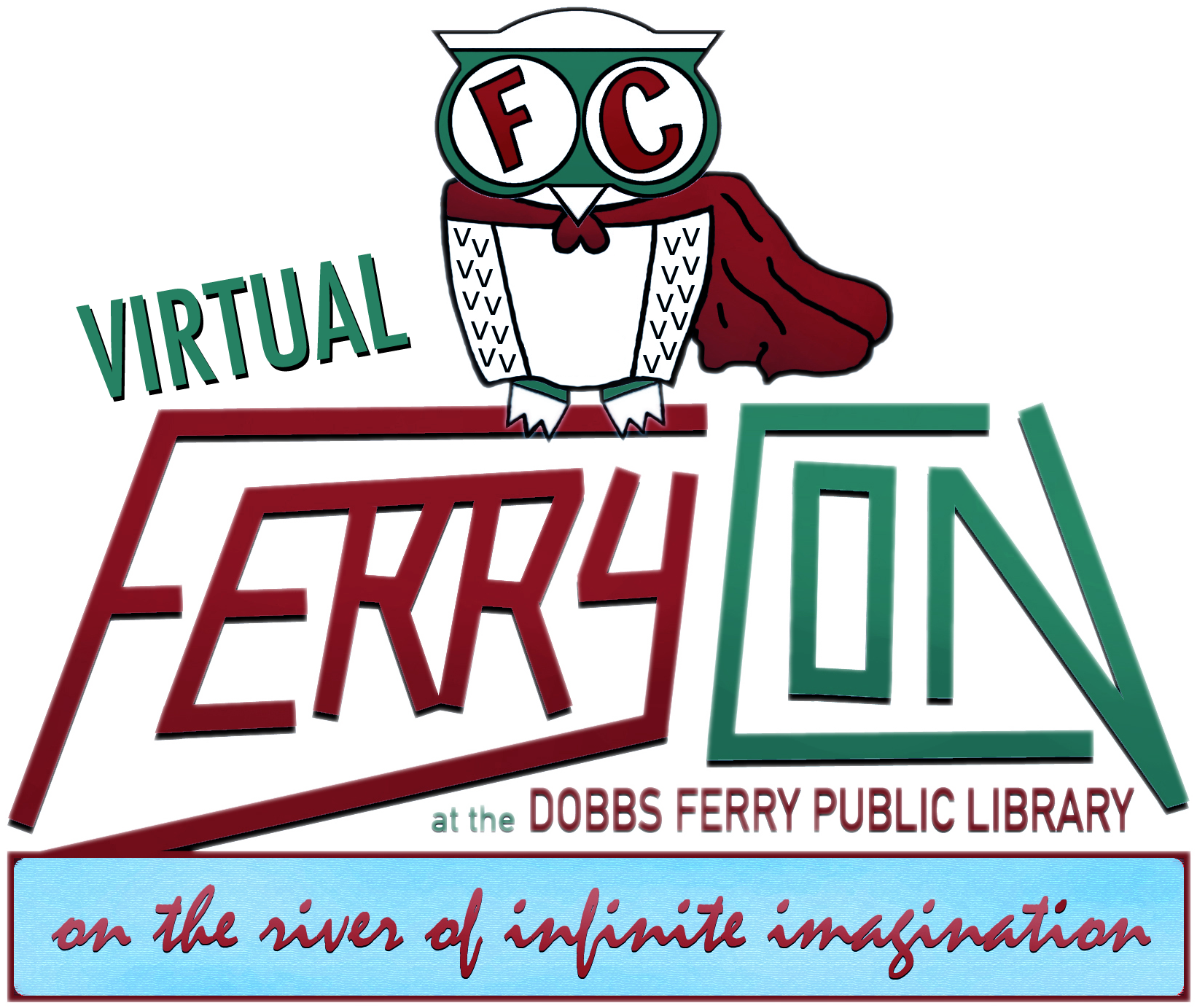