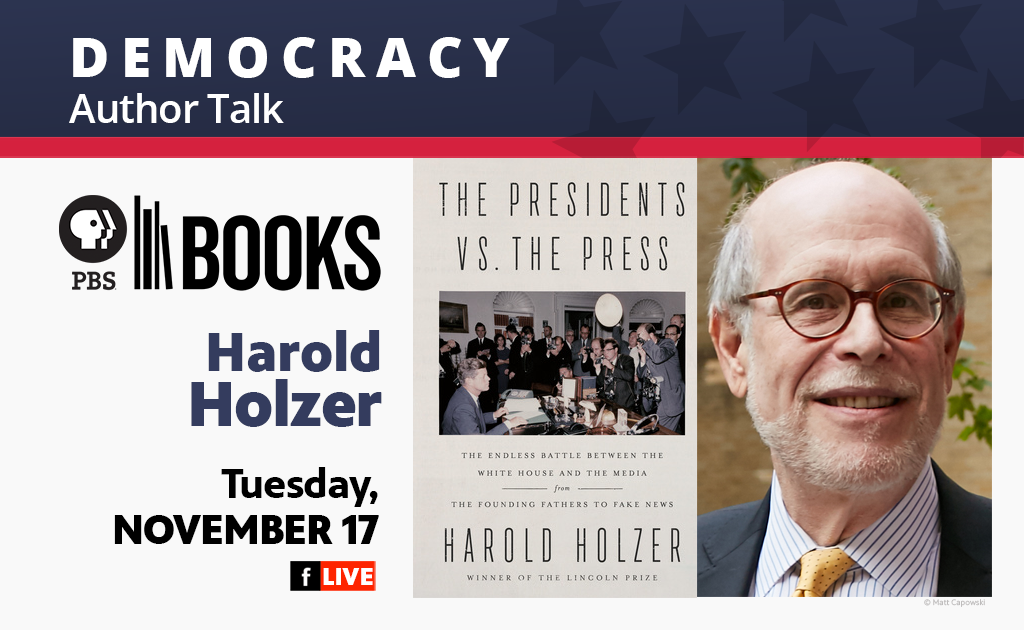 PBS Books will host a virtual conversation with renowned author Harold Holzer discussing his latest book The Presidents vs. the Press: The Endless Battle between the White House and the Media from the Founding Fathers to Fake News on November 17 at 8pm ET | 5pm PT on Facebook Live.

No matter your political affiliation, you’ll be intrigued to learn that the tension between the president and the press is as old as America’s republic.

In his new book, acclaimed scholar Harold Holzer explores the rise of the American presidency and the media that shaped it. From Washington to Trump, he chronicles the disputes and distrust between these core institutions that define our country, highlighting that the fabric of the nation is in fact built upon their confrontation.